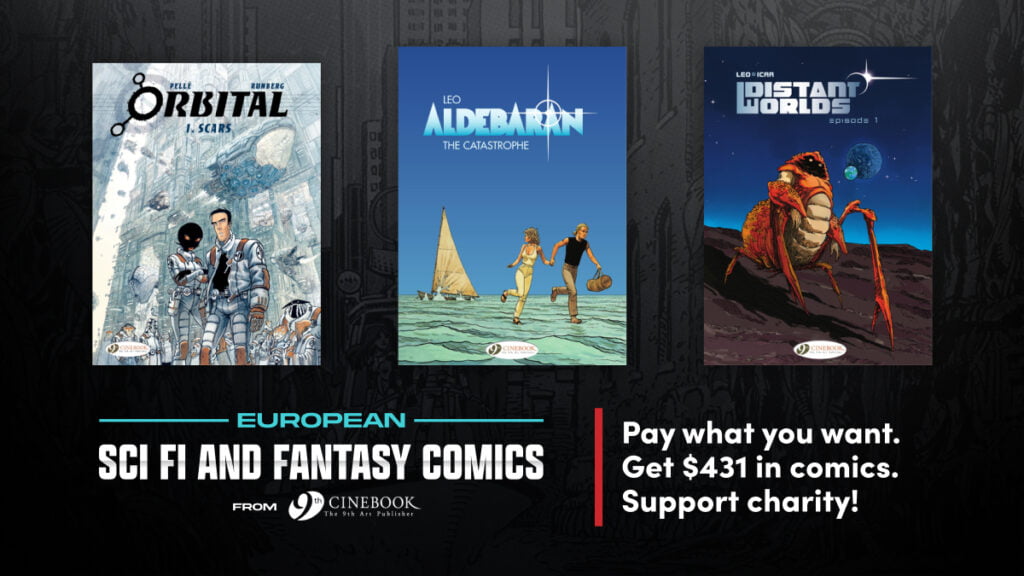 Dive deep into the world of European comics! The European Sci Fi and Fantasy Comics Bundle is here to deliver an outstanding collection of comics from all around Europe! Discover some of the craziest and most acclaimed titles filled with epic adventures, mind blowing science-fantasy works and lots of genre-defining comics that will leave you with your mouth hanging. You can now see this form of art through the eyes of different European cultures. Who knows, maybe among these you will find your new favorite series, so you should definitely give them a try!

You wouldn’t want to miss out on this deal, so lock it in sooner rather than later!

A large collection filled with only the best comics!

There’s a lot for you to unpack and discover with the European Sci Fi and Fantasy Comics Bundle! This collection sums up a grand total of 54 amazing comic books waiting for you to get immersed into them. One important mention is that all these titles must be redeemed and downloaded through the izneo app, which is a digital comic, manga and webtoon publishing and reading service. Furthermore, it is equally important that you will decide how much you will spend, as there are 4 individually priced tiers set in place, so pay up to the one that suits your needs best!

Without further ado, let’s unravel the awesome collections that you can acquire! For a cost as little as €1 you can add the first 7 titles – plus a coupon – to your collection! You will receive:

More amazing stuff are coming with the second tier so keep going! Raise the bar to at least €9.11 and you will unlock 12 more items, as follows:

You’ve reached this far, it would be too bad to stop now! Especially when you can add another 15 titles to your collection for the cost of at least €16.41! Don’t miss out and lock in the following comics:

Finally, make sure you don’t pass up on the chance to lock in the full European Sci Fi and Fantasy Comics Bundle! Therefore, all you need to do in order to receive all previously enlisted contents – plus the next 19 items – is to spend €22.79 or more for this deal! The final tier’s contents are:

Lock in a collection of acclaimed comics from the European Sci Fi and Fantasy Comics Bundle!

Just check out the large collection of incredible comic books that can be yours for such a low price! The European Sci Fi and Fantasy Comics Bundle is the dream deal for any comic lover! Discover some mind-bending sci-fi goodness that will definitely become some of your favorites. After all, there has to be a reason why these titles have received such praise, and what better way to figure that out than by giving them a read? So go ahead and check out the European Sci Fi and Fantasy Comics Bundle and other amazing deals, only at Humble Bundle.

While enjoying your brand new set of comic books to browse through at your leisure, you can perform an act of kindness by bringing your contribution to charity! That is possible as Humble Bundle has partnered up with thousands of charities that they support with each purchase from their platform. Upon purchasing this bundle, you will be aiding the Worldreader charity.

Acquire some of the best European comics and support charity in the process! 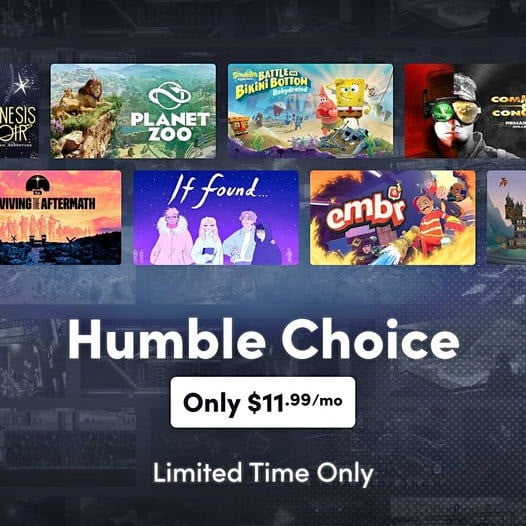