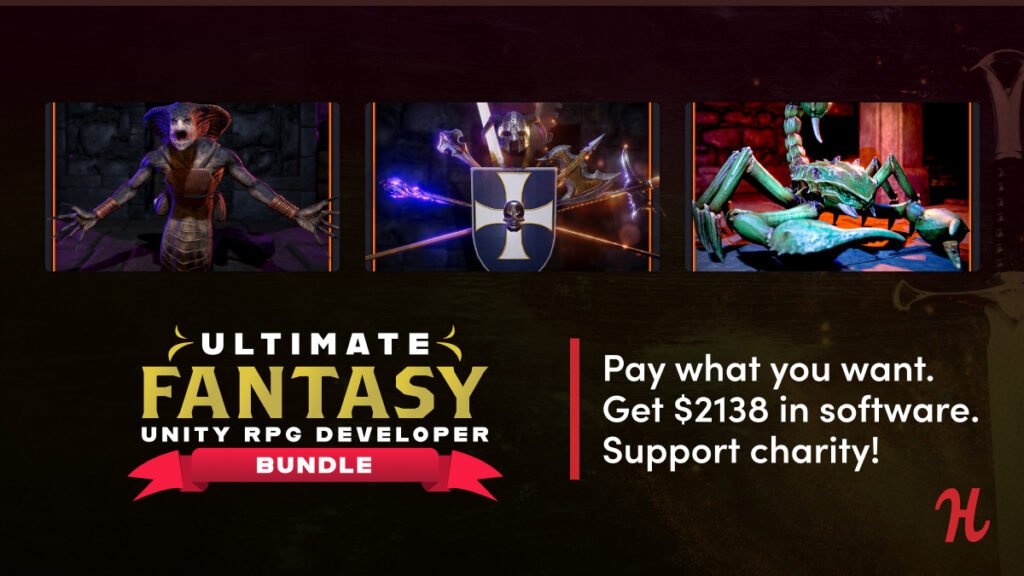 The knowledge & tools you need to develop amazing RPG games with Unity are here, in the Ultimate Unity Fantasy RPG Developer bundle. Humble Bundle has put together this set of courses and game assets to help you build a good foundation as a Unity developer and jump right into creating your next epic game.

The normal value of the contents of the Ultimate Unity Fantasy RPG Developer bundle can go as high as €2078.76 but, at Humble Bundle, you can get the first 3 items for only €1:

Decide to upgrade your bundle to the highest tier by paying €29.41 or more and unlock all the contents of the Ultimate Unity Fantasy RPG Developer bundle. That means all of the above plus:

Develop skills and games and contribute to charity!

By purchasing the Ultimate Unity Fantasy RPG Developer bundle not only that you will be able to accomplish your goal of creating your own game, but you will also be performing an act of kindness in the process! That is possible as Humble Bundle has partnered up with thousands of charities that they support with each purchase from their platform. When purchasing this bundle, you will support National Network of Abortion Funds and NARAL Pro-Choice America Foundation.

Contribute to charity while developing some new game dev skills!