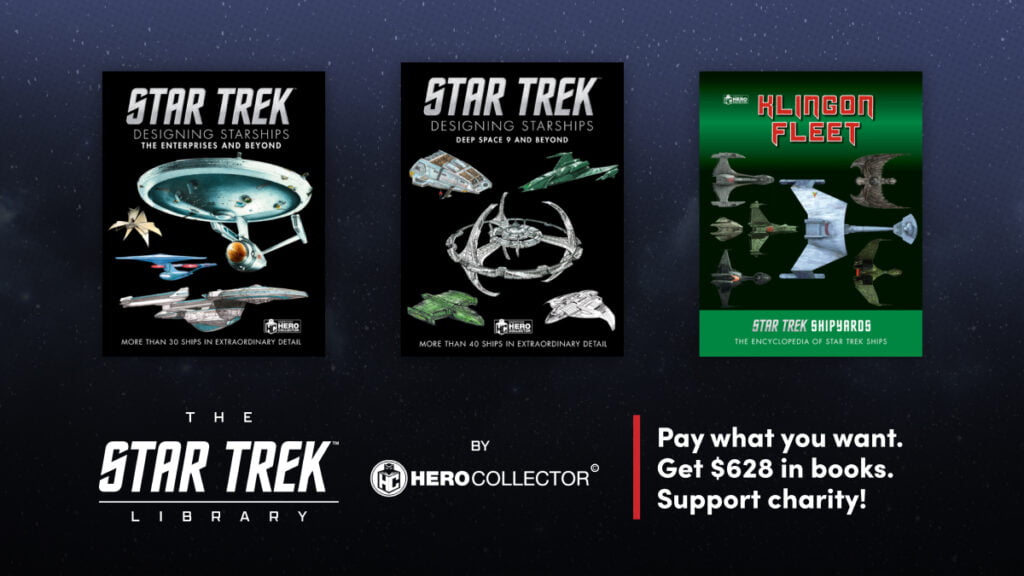 Humble Bundle and the pop-culture hub Hero Collector bring The Star Trek Library book bundle. By getting your hands on this bundle you will get the chance to learn about the engineering that went into the Enterprise, a lot of ship guides, tech manuals, character profiles and even some of the most popular Star Trek Cocktails!

Get a comprehensive look at one of the science fiction’s most enduring franchises!

The pack is split into 4 tier. The first one features 2 items and is available for as low as €1:

The second tier adds 4 more items to the table and is available by paying more than €9.19:

When you pay more than €16.54 you will get everything in the previous tiers plus the following:

While exploring the FInal Frontier and improving your knowledge about the Start Trek universe, you will also be able to perform an act of kindness by bringing your contribution to charity! That is possible as Humble Bundle has partnered up with thousands of charities that they support with each purchase from their platform. Upon purchasing this bundle, you will support One Tree Planted!

Show support towards charity while improving your knowledge about the Star Trek universe!