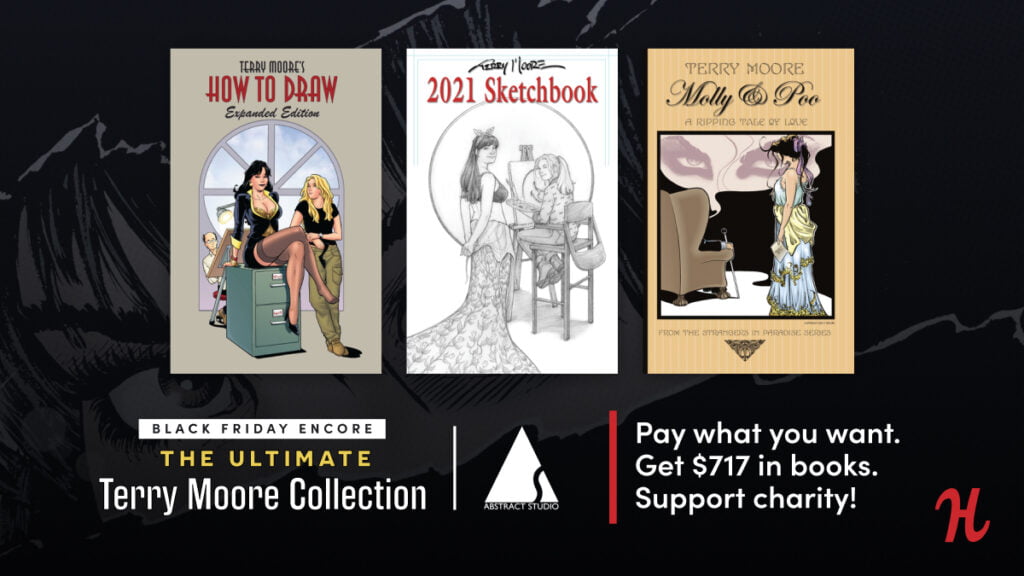 Since this one was such a staggering success, Humble Bundle decided to bring it back! The Black Friday Encore bundle is ready to stand and deliver a large collection of incredible comics to keep you entertained during your leisure time! After all, one can’t have too many comic books, especially when you are presented with the opportunity to lock in such amazing titles to step up your collection. Don’t have a collection just yet? Then you have arrived at just the right place, as this would be the ideal moment to get one going! Unravel mysteries, go on adventures and fall in love with these characters while you have the chance!

As this is a limited time deal, make sure you lock it in while it is still active!

Get immersed in tons of fictional comic book worlds!

Such a large and vast collection of comics for such a good price is a combination that you won’t get to see that often! You’re one of the lucky ones, as you discovered the Black Friday Encore bundle and all the goodies that you can get from it! You will be looking at some amazing individual titles and comic book series that will captivate you from the very first pages, thanks to their intense storylines and beautifully developed characters. Whether you’re looking for sci-fi, murder mysteries, drama or romance, you will get everything from this one! There’s only one tier that includes all items, so make the most of it now.

Moreover, as we just mentioned, there is one tier to own them all, so don’t miss this chance! Therefore, upon spending €18.23 or more for this deal, you will lock in all 45 items brought by the Black Friday Encore bundle, as follows:

Uncover dozens of tales with the Black Friday Encore bundle!

Now you have it, the most incredible comic book deal you could ever stumble upon! The Black Friday Encore bundle brings you an immense library of comics for a price that is outstanding, to say the least! If you’re still unsure of how well worth it this deal is, take into account the fact that the total estimated retail value of these titles reaches almost €700, and you can now have them for a price this low. You were given a second chance to grab this deal, it would be a shame to pass up on such an amazing gift! So go ahead and check out the Black Friday Encore bundle and other amazing deals, only at Humble Bundle.

Not only that you can lock in a large library of comics, but you also have the chance to show support towards charity while doing so! That is possible as Humble Bundle has partnered up with thousands of charities that they support with each purchase from their platform. Upon purchasing this bundle, you will be aiding The Hero Initiative.

Bring your contribution to worthwhile charity and gain an insane amount of comic books!